A few weeks ago, the grounds staff completed a drainage installation in #10 approach.  Over the past few months, this area has been very wet.  Initially we suspected an irrigation leak due to how suddenly it seemed to appear.  However, after digging up the irrigation system to look for a leak, we realized the ground became drier the deeper we dug.  This indicated to me that we had a surface drainage problem and that we needed to give that water somewhere to go.

The decision was made to install a drain basin in front of the green-side bunker and reshape the approach to funnel the water into the new basin.  The first task of the project was to remove the sod so the necessary dirt work could begin.  As you can see from the picture above, the sod was cut, rolled, and removed.  The next task was to begin installing the drain basin.  The design for the basin was completed in-house based on survey measurements taken previously.  Once we had all the reference points for the laser level, the dirt work began.  After the basin was installed, the trench for the drain pipe was cut.    Lastly, all trenches and holes were back-filled and the sod was replaced.

Right now, this area is kind of easy to spot.  The grass height is too tall in the approach and the whole area looks a little sandy.  Both of these issues are cosmetic and will work out with time.  As will any sod project, this area will play as ground under repair until further notice and we ask that you keep out as much as possible.  If you have any questions about this project or anything else, just let us know.  Thank you.

Posted by Chris Cook at 8:48 AM No comments: 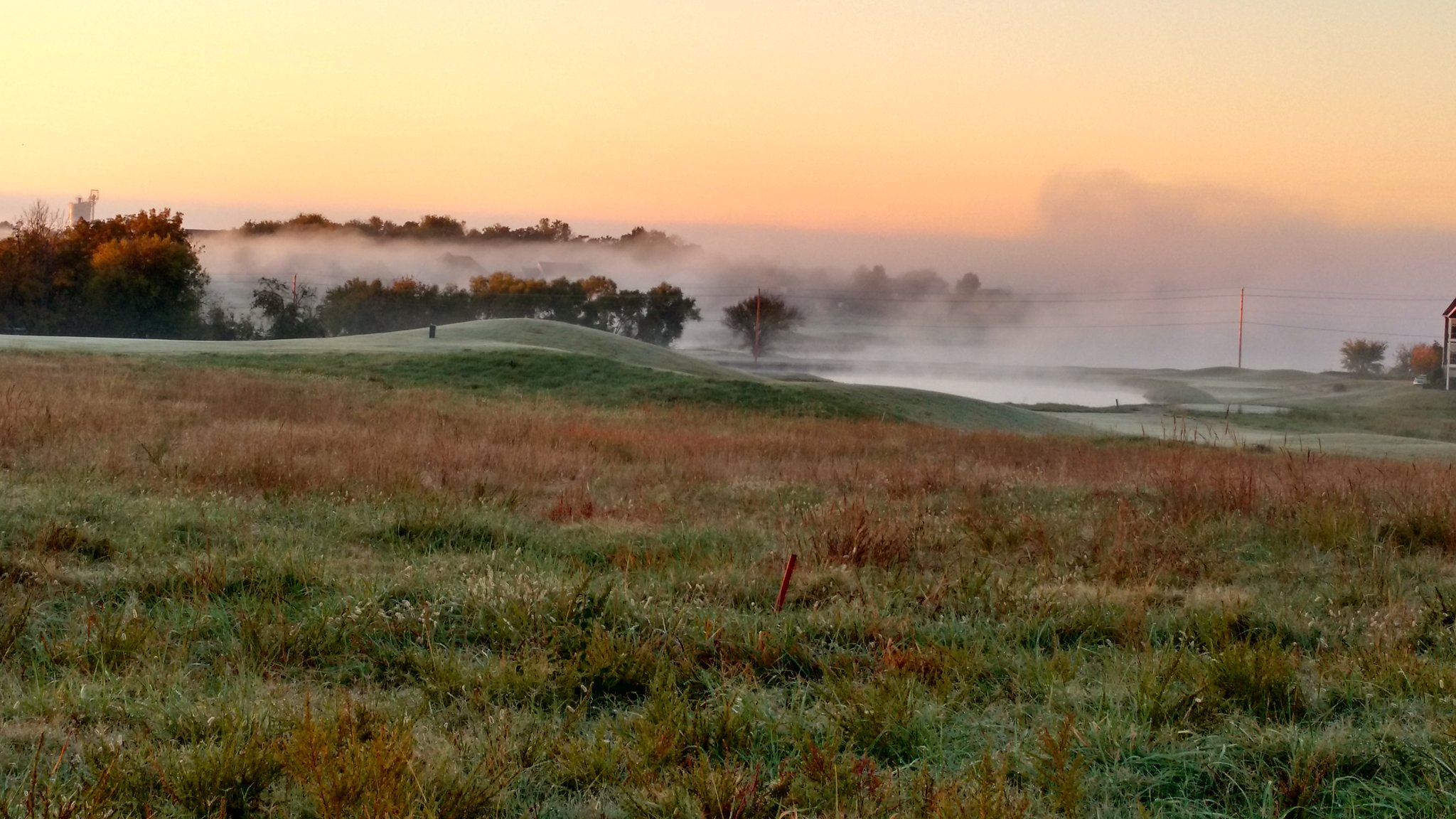 Now that winter has set in, and Christmas has come and gone, I've got a little more time to spend in the office catching up on some office work.  The weather was so nice in November and the golf course was so busy, there wasn't much time to spend updating this blog. 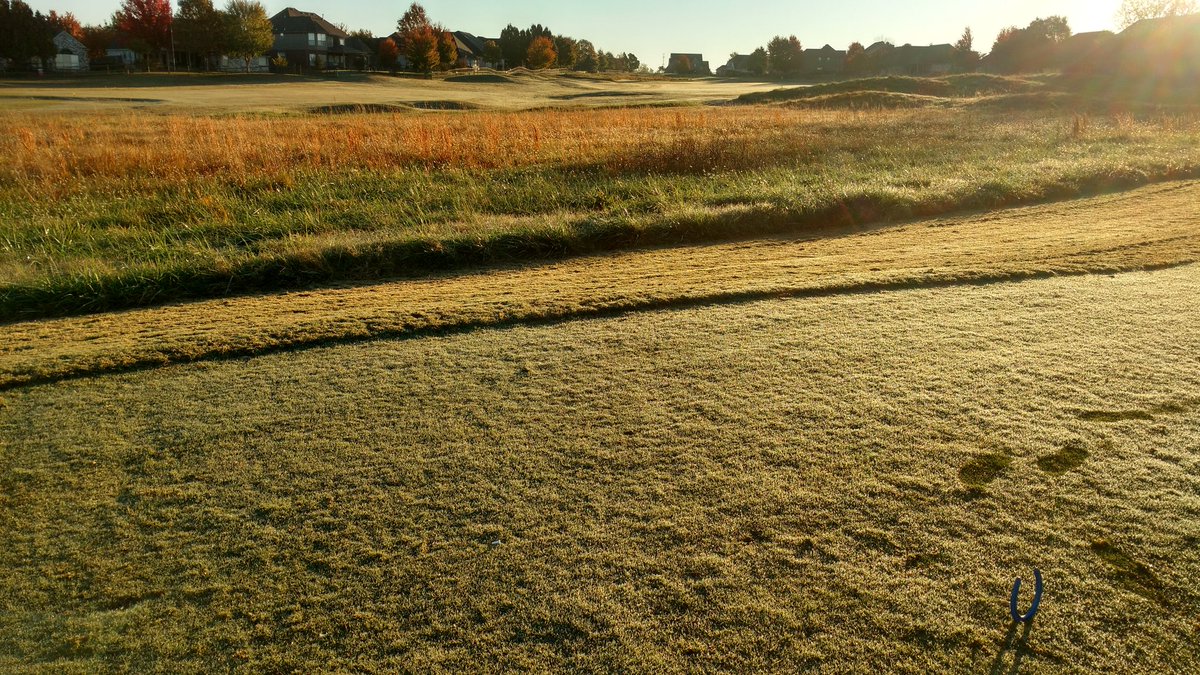 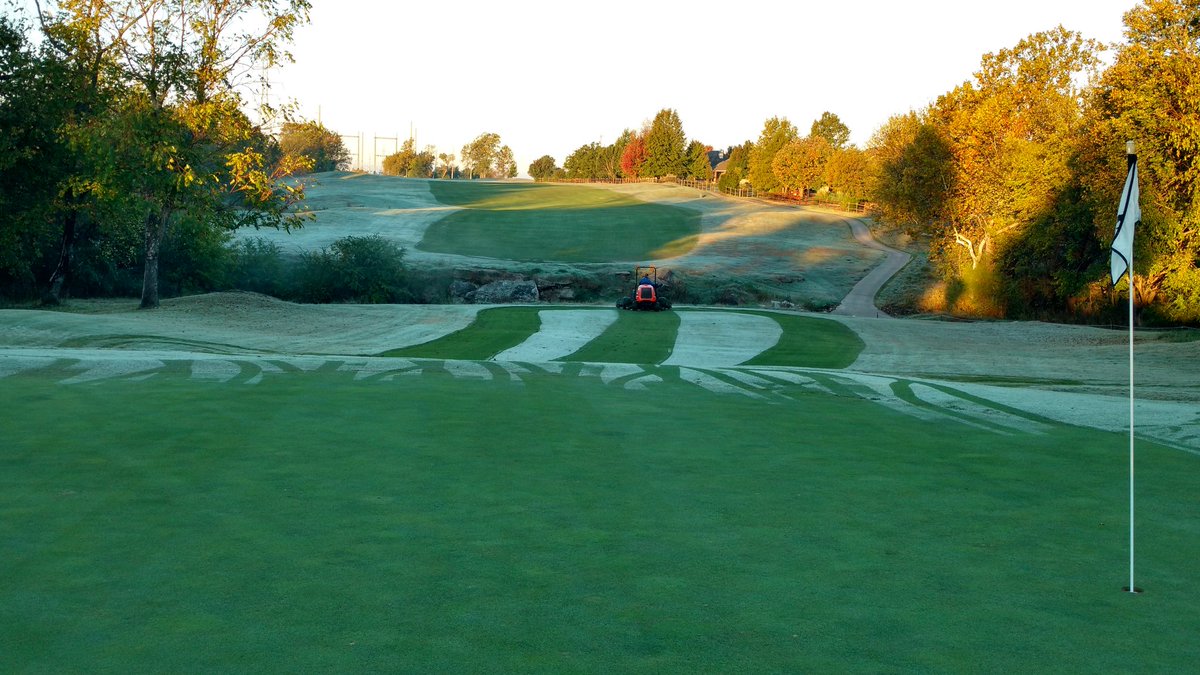 The temperatures at the beginning of November were very mild.  The warm fall weather pattern we had in October continued well into late November.  This meant we had a lot of great days for playing golf and growing grass.  The short Bermuda found on our tees, fairways and surrounds held it's color up to Thanksgiving, but stopped growing by mid November.  Our last official mowing on tees, fairways and surrounds was on November 10th.  The Bentgrass, however, thrived in the cold nights and warm days and playing conditions were perfect throughout the month.  By the end of the month, the temperatures kept creeping down and growth on the greens had almost stopped.  On November 19th, we recorded our first official freeze of 30 degrees.  This shocked the taller rough into dormancy, but the shorter grass on our tees and fairways held some green leaf tissue until November 28th, when freezing fog set up widespread heavy frost.  All our Bermuda went into dormancy after that.

One of the highlights of November, for me personally, is always Thanksgiving.  A time when family gets together to spend some quality time sharing food and football.  Each year, the staff at Bailey Ranch sits down to a wonderful Thanksgiving feast to share in our accomplishments and bond.  This year, our Food & Beverage Manager, Dawnie Aurelich, out did herself and the food was amazing. 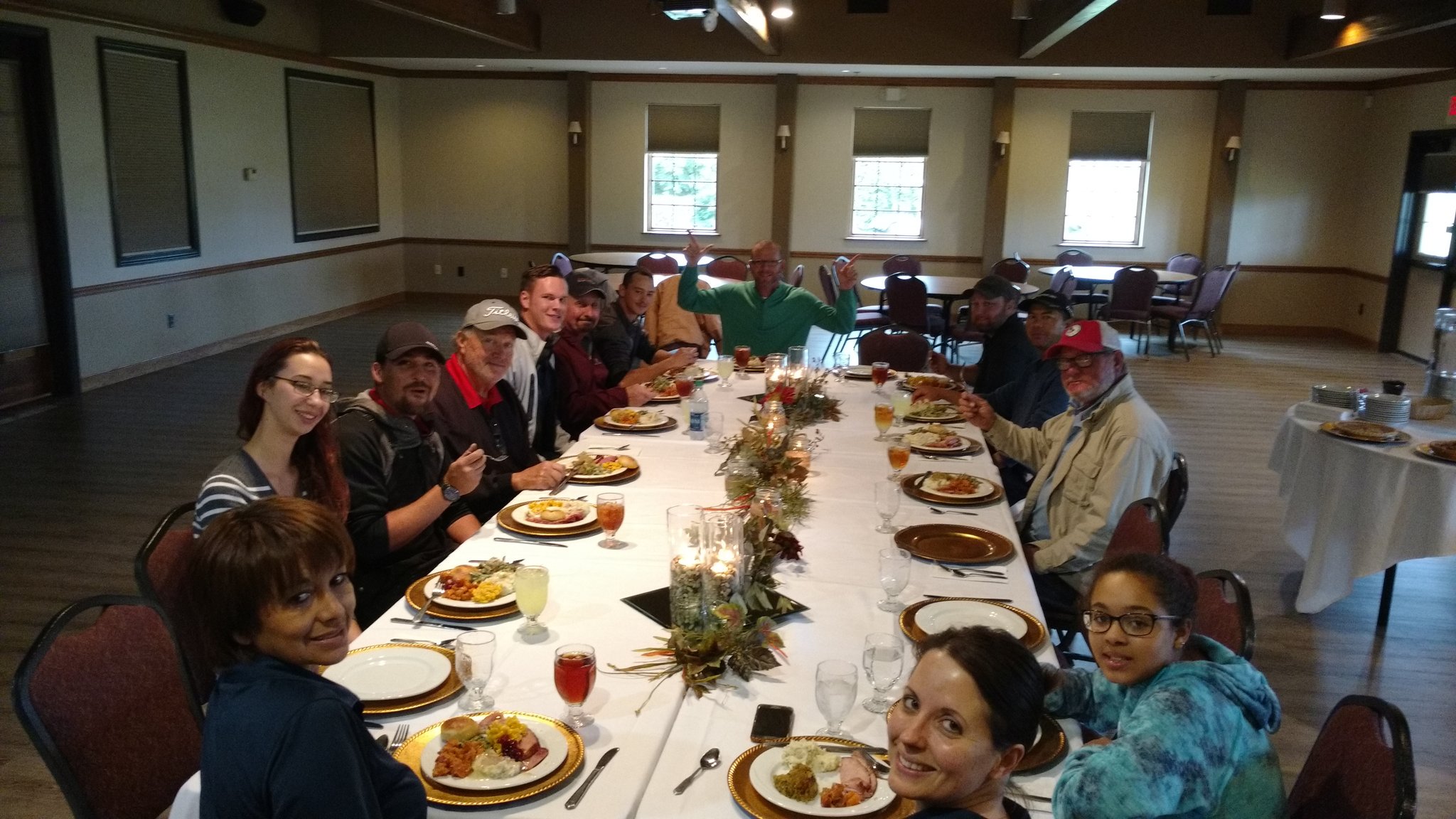 Posted by Chris Cook at 7:16 AM No comments: