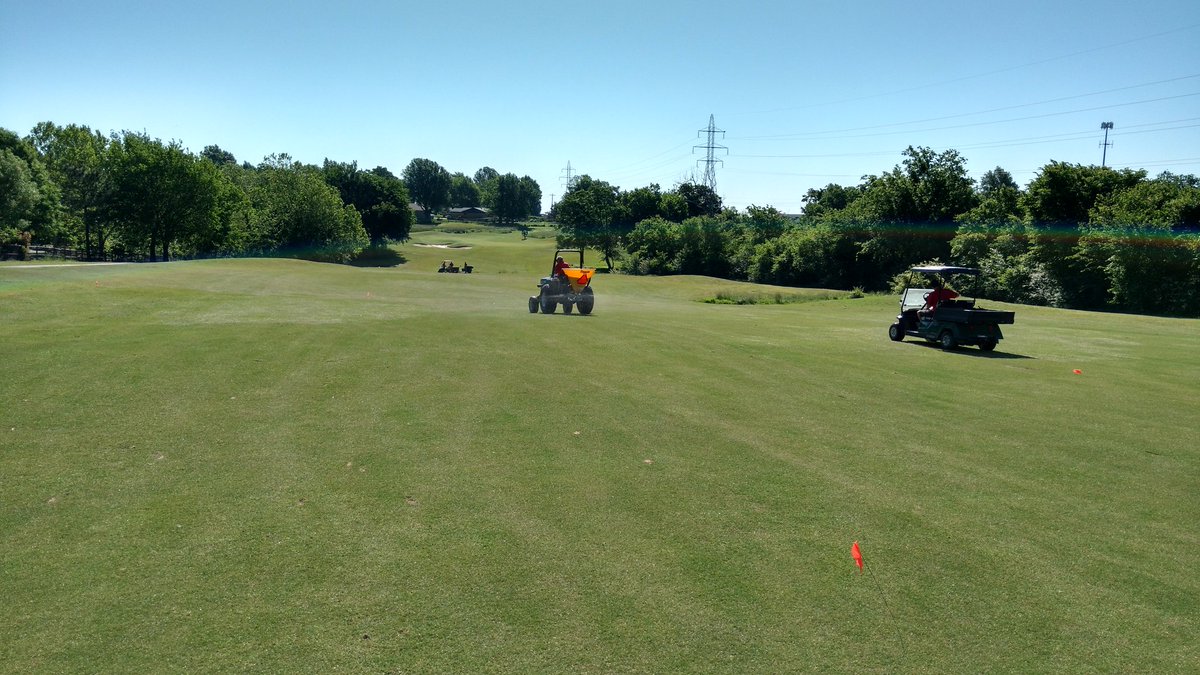 On Tuesday May 10th, the grounds staff applied fertilizer to the entire property (except greens).  The process took two full days and was a coordinated effort from our entire staff.  Douglas Knapp, our chemical applicator, was on the tractor spreader, while someone else followed behind him placing wire flags along the edge of his pass.  This technique assures that fertilizer skips and overlaps are eliminated.  Another person followed Doug in a utility vehicle loaded with product so he could be reloaded quickly and downtime was minimized.  A three person push spreading crew followed the tractor to tie in any small areas or places it couldn't get.  These guys had the hardest job, pushing the spreader over hills, along street crossings, bunker noses, through swales and around greens.  They also had to be sure that any fertilizer that bounced onto the greens was removed with a backpack blower so that the fertilizer wouldn't burn the Bentgrass underneath the granule.

The crew did an amazing job working together to be sure the entire property was treated as evenly as possible.  Over the next few weeks, the color and density of the Bermuda will improve considerably.  Just in time for Memorial Day weekend!